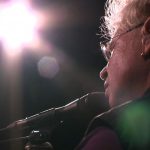 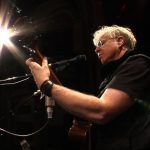 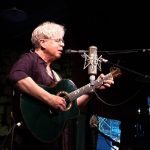 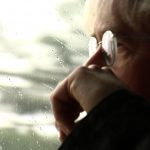 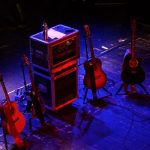 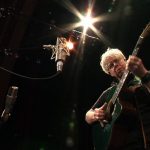 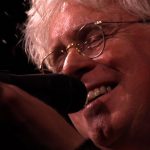 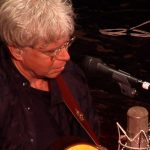 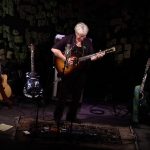 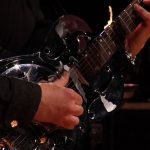 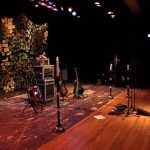 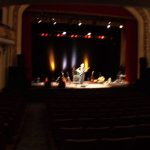 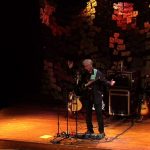 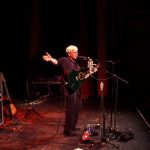 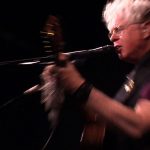 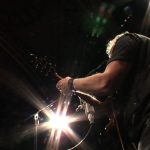 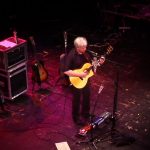 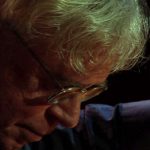 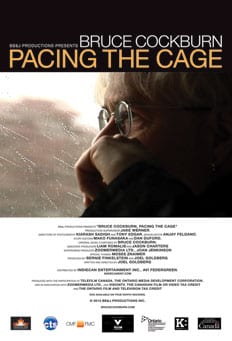 “Bruce Cockburn, Pacing the Cage” is a documentary that highlights the reflective side of Canadian musical icon and social activist, Bruce Cockburn. The film concentrates on a six-month period in 2008, in which cameras followed Bruce as he toured, recorded his first-ever live solo album, and participated in two benefit concerts. It also features never before seen solo acoustic live performances by Bruce. This is the first time that Bruce has allowed cameras on his tour bus and backstage during a tour. In between performances, a relaxed and reflective Cockburn talks about his career, fatherhood, musical influences, politics, ageing, religion, and the environment among other topics. Also highlighted are two benefit concerts that took place within the shooting of the documentary; One in Victoria B.C., as Bruce and Lt. General, Romeo Dallaire teamed up to bring attention to the issue of child soldiers. Closer to his current home just outside of Kingston, the second benefit featured Bruce, Michael Ondaatje, and Sarah Harmer. The benefit was for Aboriginal Professor Bob Lovelace who was jailed for blocking prospector access to a proposed uranium mine site in Northern Ontario. “Bruce Cockburn, Pacing the Cage” gives viewers never before seen insights into Bruce’s life on the road, as a performer, master guitar player, activist and song-writer The final scenes and interviews of the documentary are present day. We peek into rehearsals for the recent Luminato tribute for Bruce, and interview Bruce at his home. During this final interview, Bruce reflects about his life and career, and where he sees himself going in the future. Featuring appearances by: Jackson Browne, Colin Linden, Michael Ondaatje, Sarah Harmer, Lt. Gen Romeo Dallaire, Sylvia Tyson, Bono, Bernie Finkelstein and best selling author William Young. “Life and work for me is this sense of being part of a process, being part of something that is always evolving.” - Bruce Cockburn

INDIECAN ENTERTAINMENT is a Canadian distribution company that services not just up-and-coming Canadian filmmakers, but also those indies making films in a lower budget bracket who have otherwise virtually no chance to shine in a market of big studios, distributors and exhibitors.

“Seeing Canadian films should become a regular occurrence and not a one-time event. We need to not only support Canadian production but also encourage the viewing of Canadian films by Canadian audiences. We owe it to our industry, our culture and our country.” — Avi Federgreen