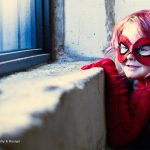 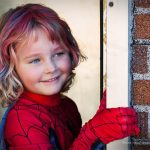 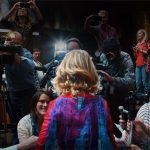 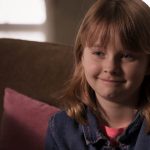 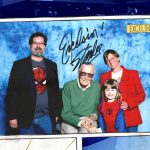 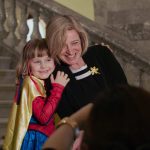 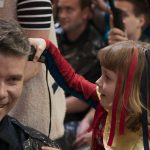 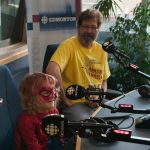 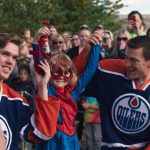 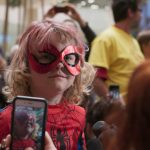 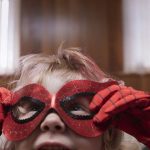 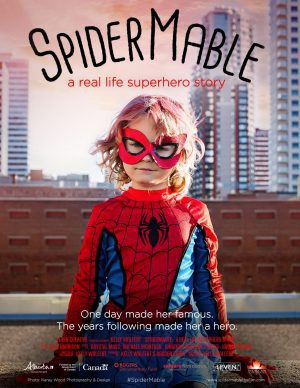 The typical comic book superhero story arc; tragedy strikes, a superpower is revealed, and the hero must come to terms with their new abilities all while not losing track of who they are. But how often is that lived out in real-life... especially by a child? Young Mable Tooke started her cancer battle so very early at the age of 4. In most cases that trauma and toxic treatment would serve to damage a child and make them weak, reclusive, resentful, or even worse, cause them to parish. But for Mable, her battle brought about a need to create an alter ego determined to fight her biggest villain... Leukemia. Mable was diagnosed with pre b-cell lymphoblastic lymphoma... or what’s commonly known as childhood leukemia. During treatment and many hours in bed, Mable connected with the story of Spider-Man through comics and the 1960’s TV show. Being too young to read, she became engrossed in the comic book story of this young boy with radioactive blood, a similarity she would later connect on with her hero. Throughout treatment, Mable stood out as an empathetic child with her fellow patients and that trait became very present when she was granted a special wish day from The Children’s Wish Foundation of Canada. But Mable didn’t ask to go to Disneyland or swim with dolphins. Her creativity and selflessness led to her asking for a very rare, unique wish. She wanted to save her city and fight crime alongside Spider-Man. On her wish day, Mable’s personality and courage caught the attention of her city, her country, and even those tens of thousands of kilometers away across the world. The NHL, regional and national politicians, and celebrities all rallied to spur her on. Conventional media and social media, introduced SpiderMable to the world as she partnered with a volunteer Spider-Man to save a local sports hero, the captain of the professional hockey team, the Edmonton Oilers. Mable’s day caught the attention of media worldwide and she became an instant celebrity. How many 7-year-olds can say they have helped to beat a world record, raise over 1 million dollars, and have been recognized for their cancer-fighting impact by charitable organizations, local celebrities, and government officials? Mable's adventures to do good was indicative of her character to help others. SpiderMable became Mable’s way to give back and honour those that had such an impact on her health. It became her safe place to use her power to engage with people. But as the comic book story arc goes, how would Mable navigate not losing herself to the superhero persona she needed to battle cancer? And what would she do when further complications of her treatment started to show? How Mable created SpiderMable caught the world’s attention and the courage, determination, and selflessness the years following her wish day saw born the type of integrity created in the minds of famous comic writers like Stan Lee. Mable’s 5 year journey is worthy of being told again and again, just like that of a comic book superhero.

INDIECAN ENTERTAINMENT is a Canadian distribution company that services not just up-and-coming Canadian filmmakers, but also those indies making films in a lower budget bracket who have otherwise virtually no chance to shine in a market of big studios, distributors and exhibitors.

“Seeing Canadian films should become a regular occurrence and not a one-time event. We need to not only support Canadian production but also encourage the viewing of Canadian films by Canadian audiences. We owe it to our industry, our culture and our country.” — Avi Federgreen